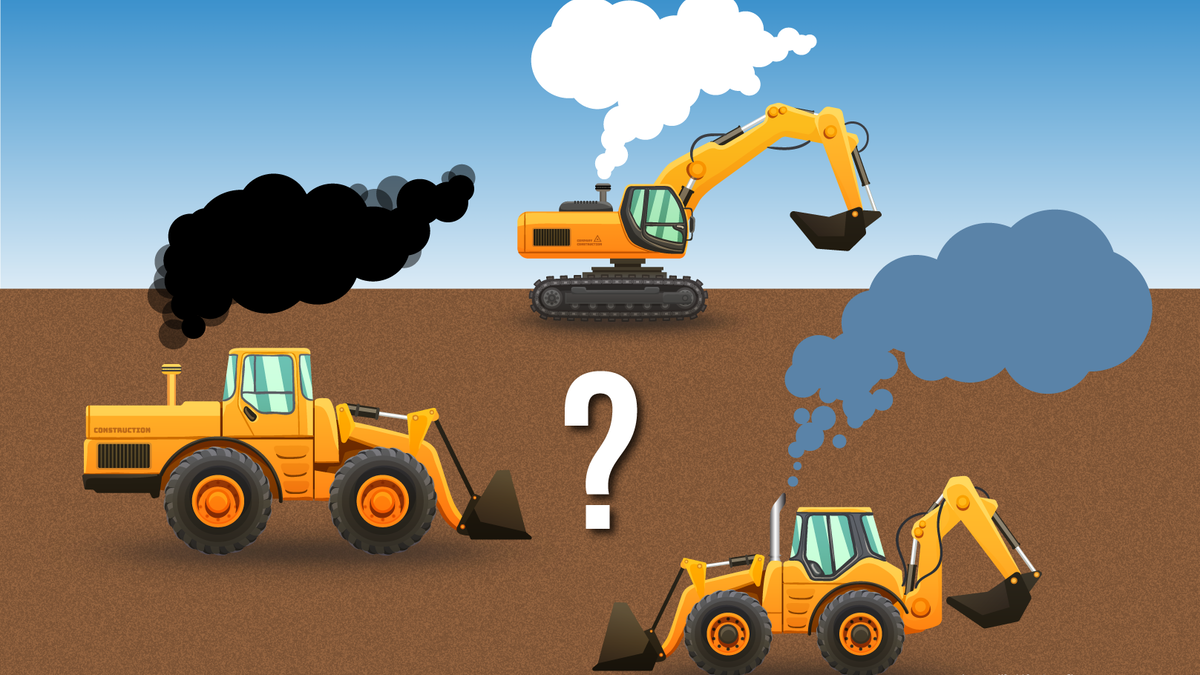 The smoke colors of the exhaust gases usually indicate the existence of technical problems in the operation of a diesel engine, which should be eliminated as soon as possible.

Exhaust smoke indicates a change in the efficiency of the combustion process, and its color aids in diagnostic activities. The reduced efficiency of the combustion process may be due to the poor ratio of air, fuel and low air temperature when injecting fuel into the cylinder, but some uncontrollable although influential factors can also contribute to this.

In general, it is possible to tolerate a small amount of smoke a few moments after starting the engine, but if the smoke is present during engine operation, its color can help us determine the cause, which will be then easier and faster to eliminate. In practice, black, white and blue smoke are the most often spoken of.

Thus, black smoke can be associated with too rich a mixture in the combustion process, that is too much fuel, or too much engine load (which is common on older generation of heavy equipment).

The white smoke, which irritates the eyes and has the characteristic smell of diesel fuel, indicates an insufficiently high temperature during fuel injection, and incomplete fuel combustion. Under normal circumstances, such smoke can occur during engine start-up in cold weather, with a lower compression engine, and by retarded ignition. It is an incomplete combustion process during which unburned fuel produces white smoke, which often disappears after a short idle time, during which the engine warms up and thus achieves a better compression ratio.

However, if the white colored smoke with the smell of diesel fuel is constantly present, it could be due to a number of other causes:

If, on the other hand, an excessive amount of white exhaust smoke with a smell of coolant, is still present after the engine has warmed up, the engine must be inspected for possible internal coolant leaks. Internal coolant leakage can also contaminate engine oil giving it a frothy, milky appearance. Even small amounts of coolant entering the combustion chamber will create white exhaust smoke.

The main causes for this type of failure are:

• Cracking or deformation of the cylinder head,

• Rupture of the engine block,

Due to cracks in the cylinder head or block, it is possible for the coolant to leak into one or more cylinders.

Blue smoke is almost always the result of the combined combustion of injected fuel and engine oil that enters the compression space uncontrollably, and some of the reasons why this happens are the following:

If you notice a change in the operation of the engine, accompanied with black, blue or white smoke, that is constantly present during engine operation, it is time to immediately visit the workshop.